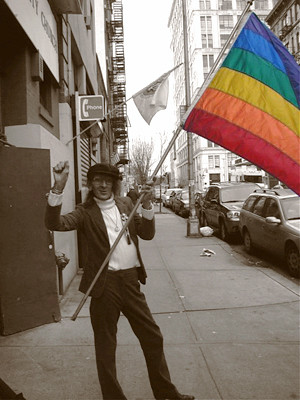 Sylvia Rivera was a key figure in the 1969 Stonewall Inn uprising. Rivera fought for trans rights during a time in which the Gay Rights Movement did not acknowledge transgender people in their advocacy work. In collaboration with Marsha P. Johnson, Rivera started the Street Transvestite Action Revolutions (STAR) where trans people could have a safe space to organize and discuss issues facing the trans community in New York City.

Rivera also fought against the exclusion of trans people from the Sexual Orientation Non-Discrimination Act in New York City. The bill passed in 2002 and prevents discrimination “on the basis of actual or perceived sexual orientation in employment, housing, public accommodations, education, credit, and the exercise of civil rights.”

In the early 90s, Rivera reconciled with the gay rights movement and was given a special honor during the Stonewall Inn march in 1994. Rivera died in 2002 from liver cancer. Continuing her legacy and civil rights advocacy, the Sylvia Rivera Law Project continues her work to guarantee “all people are free to self-determine their gender identity and expression, regardless of income or race, and without facing harassment, discrimination, or violence.” 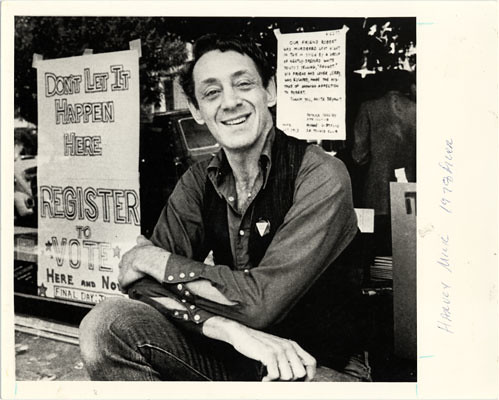 Harvey Milk was a leading political activist for the gay rights movement. He became the first prominent and openly gay political figure in the United States in the 1970s, championing anti-discrimination movements in San Francisco.

Milk started his political career closeted and campaigning for conservative, Republican leaders, such as Barry Goldwater. However, it was not until he befriended experimental theater director, Tom O'Horgan, that Milk embraced his sexuality, moved to the San Francisco Bay Area, and supported the civil rights movement. In 1974, Milk co-founded the Castro Village association, supporting gay small business owners and inagurated the Castro Street Fair. He eventually became known as the "Mayor of Castro Street." It was during this time that he pushed for the rights of the Castro Street community.

After several election attempts at a position in the San Francisco Board of Supervisors, and later for the California State Assembly, Milk founded the San Francisco Gay Democrats Club. Milk campaigned for a seat in the Board of Directors in 1977, and in an historic election, became the first openly gay person elected officials in the country. On November 27, 1978, Dan White shot and killed Milk along with Mayor George Moscone. 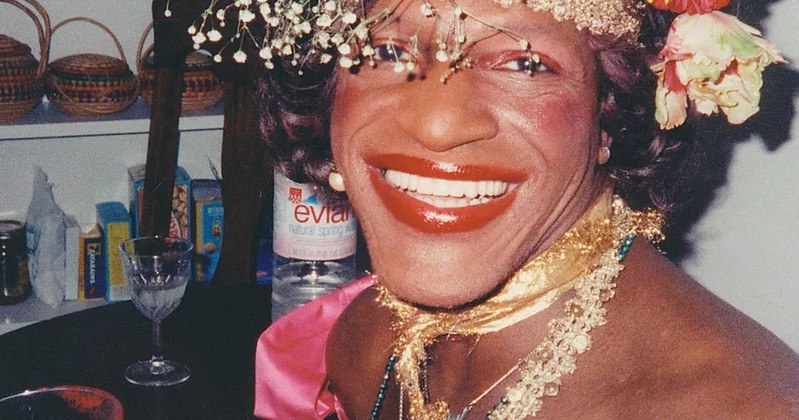 Marsha P Johnson, also known as "Black Marsha," was a civil rights activist, drag artist, and an influential figure in the Stonewall Inn riots. Johnson, alongside Sylvia Rivera, founded Street Transvestite Action Revolutionaries, or STAR, to provide a safe space for trans people. Johnson dedicated her life to helping others and was nicknamed the "Saint of Christopher Street."

Johnson died mysteriously in 1992. The NYPD ruled her death as a suicide. However, many argued against the ruling stating violence against the gay community was highly prevalent at the time. In 1992, campaigner Mariah Lopez, successfully petitioned to re-open the case. Johnson's legacy lives on through the Marsha P. Johnson Institute that champions the rights of Black transgender people.

In 2020, the New York City Mayor renamed the East River Park in Brooklyn to the Marsha P Johnson Park. 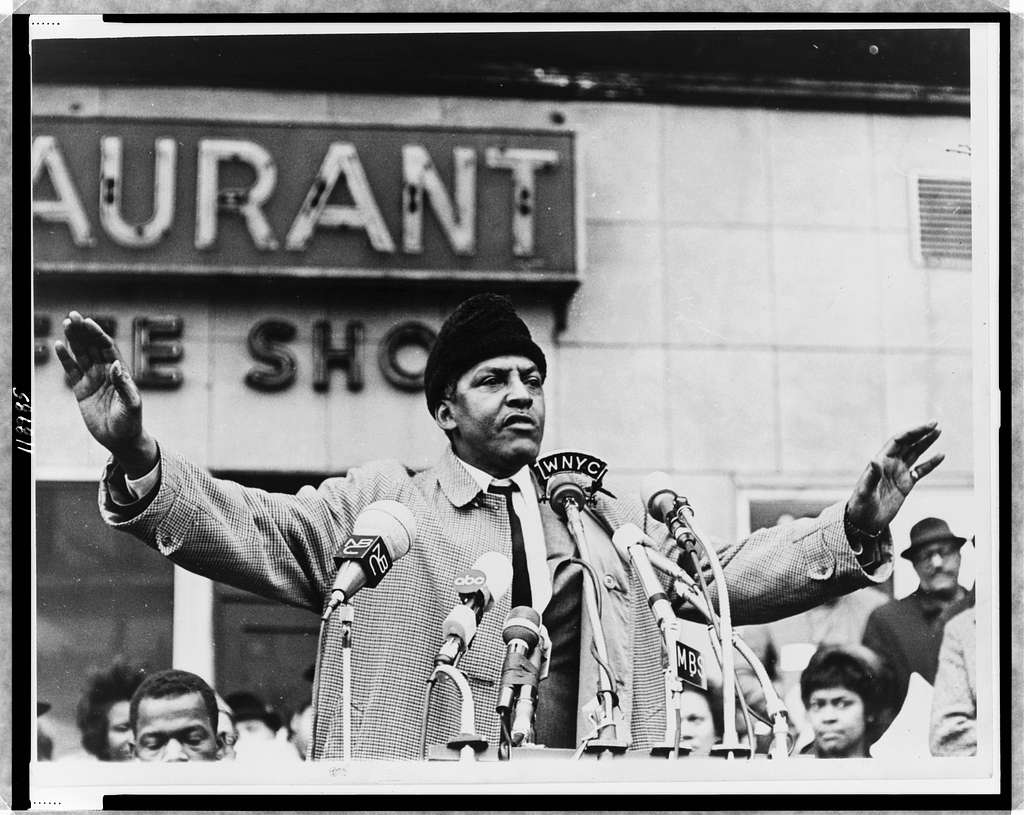 Bayard Rustin is known for his civil rights activism and his work with Dr. Martin Luther King, Jr. during the Civil Rights Movement. Rustin was the organizer of the 1963 March on Washington for Jobs and Freedom, an active member of the Congress of Racial Equality (CORE), and facilitated the Southern Christian Leadership Conference (SCLC).

Rustin's work is not widely known. He kept in the background due to being open about his sexuality. Rustin worked diligently for the rights of African Americans. In the 1980s, he began advocating for the LGBTQ+ movement and AIDS education and research. 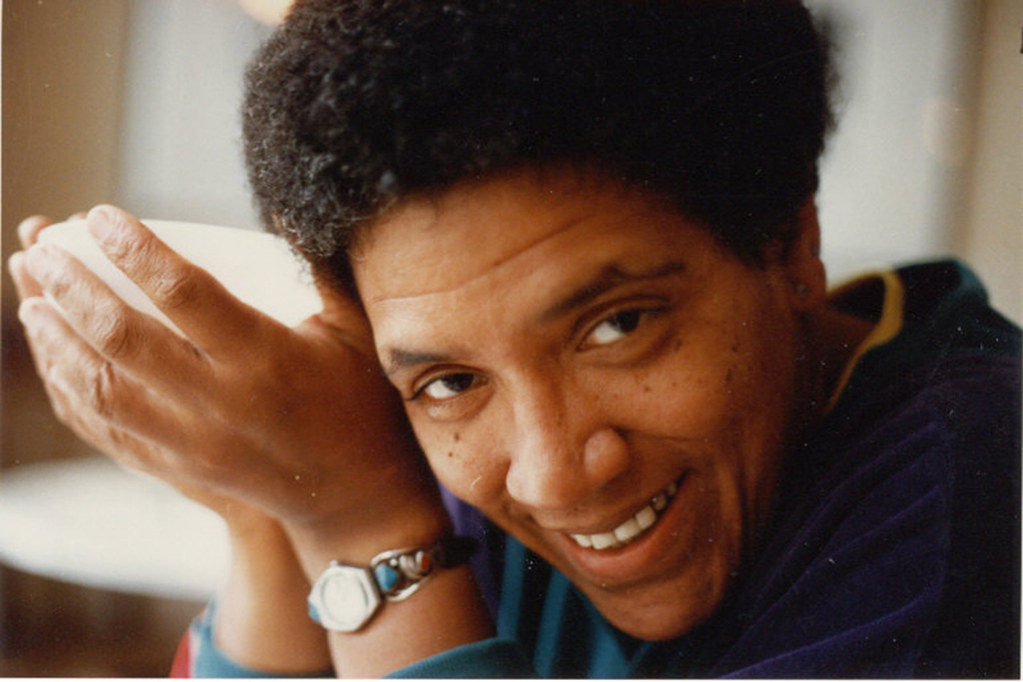 Audre Lorde is a self-described, "black, lesbian, mother, warrior, poet." Lorde dedicated her life and work to fighting against racism, sexism, classism, and homophobia. Lorde embodied her poetry and often spoke in poetic form. Lorde began her career as a librarian in New York public schools. Before starting her life with her long-term partner, Frances Clayton, Lorde was married to Edward Rollins, a white gay man, with whom she shared two children.

Lorde was central to the civil rights and Black cultural movements, second-wave feminism, and LGBTQ+ rights. She contributed to critical race theory, feminist theory, and queer theory through her work in academia. 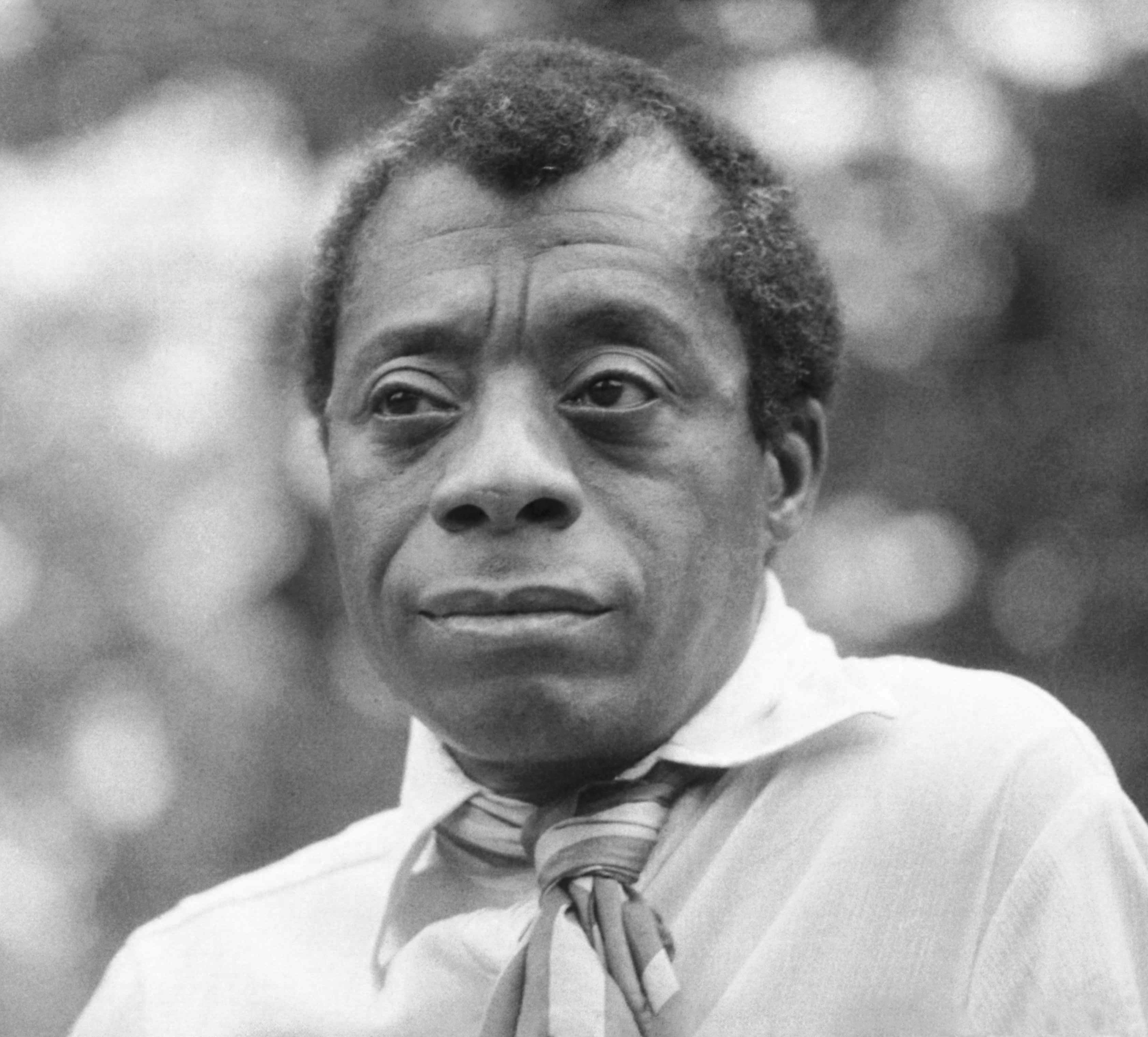 James Baldwin was a renowned writer and playwright who explored racial and social issues in much of his creative works. He is especially known for his writings on the Black experience in the United States. His work, Giovanni's Room (1954), told the story of an American living in Paris and illustrated a complex portrayal of homosexuality. His later work, Just Above My Head (1978) furthered his exploration of love between men.

Baldwin used his writing to illustrate and explore interracial relationships as well. He expressed that human sexuality is fluid and less binary. He bore witness to the racial and sexist injustices in America and left a poignant body of work illustrating his personal mission to bear "witness to the truth." 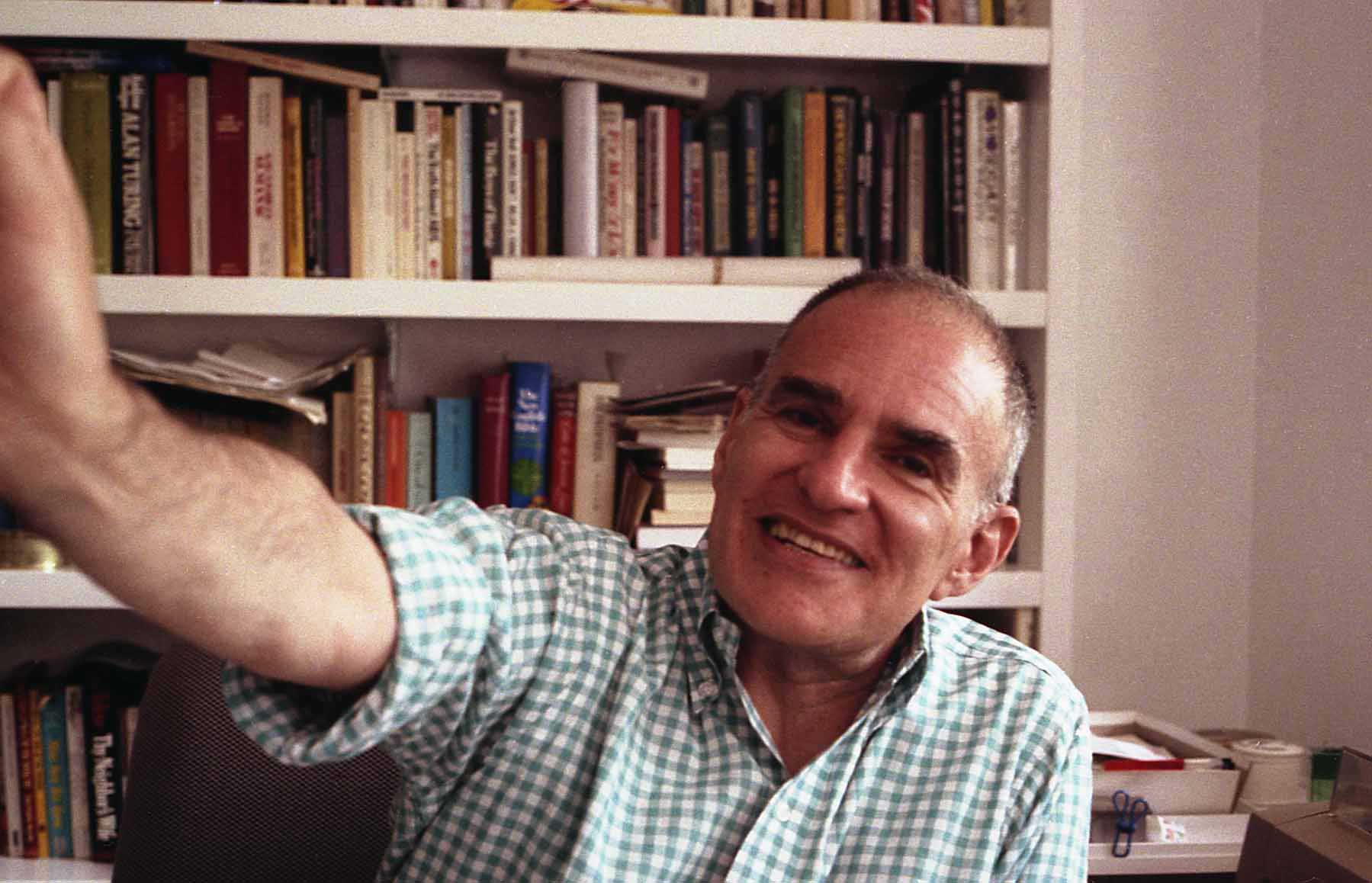 Note: This brief biography contains language that may be offensive.

Larry Kramer was an activist against AIDS and an advocate for AIDS education and research. Before Kramer paved the way for AIDS activism, he was an up-and-coming Oscar-nominated screenwriter, having adapted the D.H. Lawrence novel, Women in Love. Though coming out and advocating for AIDS-related education, research, and support proved detrimental to his screenwriting career, Kramer persisted. He wrote a controversial satire, Faggots, that eventually became a bestseller, though many bookstores, including gay-owned ones, refused to carry it.

In 1982, Kramer co-founded the Gay Men's Health Crisis, which became the largest provider of services to people diagnosed with AIDS. Kramer and friends created this service as a result of the skyrocketing AIDS-related deaths and the American health care's slow response to needed treatment. Kramer became a vocal activist through ACT UP, an organization he co-founded that used guerrilla tactics to convey messages and garner national headlines. In 2015, Kramer wrote The American People: Volume 1,  a book portraying gay history in the United States. 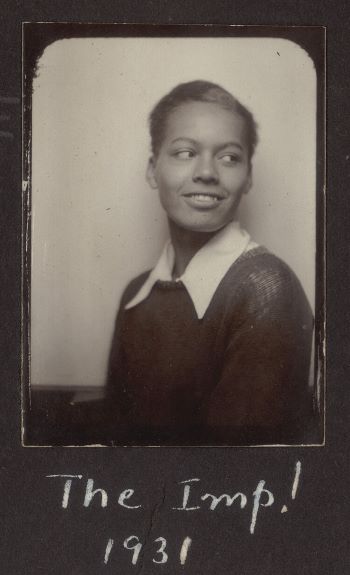 Reverend Dr. Pauli Murray accomplished much throughout their lifetime. They was an enigma and a champion for those whose voices longed to be heard. Murray embraced a more androgynous identity and actively used the phrase, "he/they personality." However, closer to their death, they employed she/her/hers pronouns throughout later works. After examining Murray's writings, scholars are exploring how Murray identified as a man and as a woman throughout different life stages.

Murray was an active participant in the Civil Rights Movement and joined protests led by the National Association for the Advancement of Colored People (NAACP). Their scholarly work, "Should in Civil Rights Cases and Plessy v. Ferguson Be Overruled?" informed the strategy used by William Hastie and Thurgood Marshall in Brown v. Board of Education. Murray moved on to become California's first African American Attorney General, and later, the first African American to their Doctor of Judicial Science from Yale Law School.